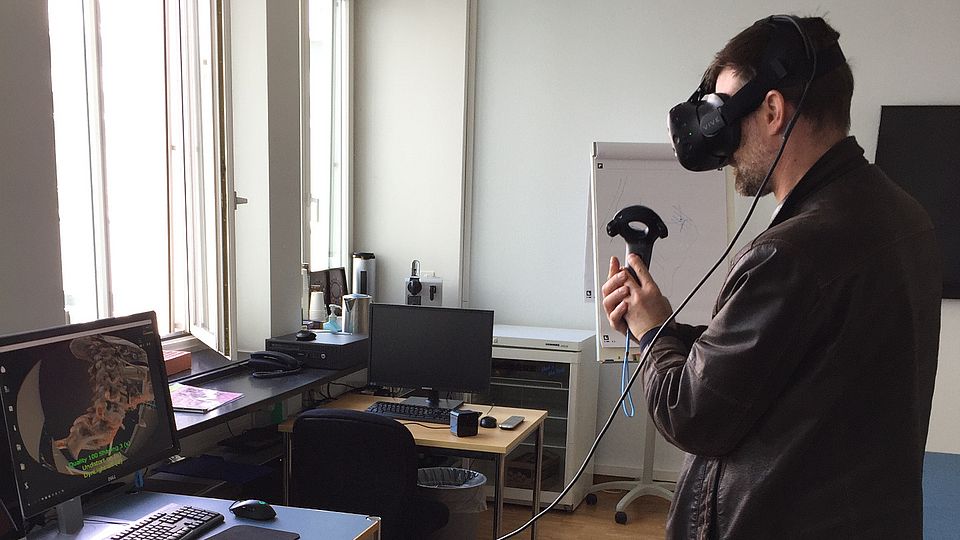 The University Hospital in Basel is working with the virtual reality software SpectoVR developed by the MIRACLE team at the Department of Biomedical Engineering, University of Basel. SpectoVR is a renderer for three-dimensional medical data such as Computer Tomography (CT) data sets and enables visualizing images in three dimensions using virtual reality. It aims among other things at supporting the preparation of difficult surgeries. For the first time the SpectoVR software was successfully used during a consultation with a patient prior to his planned operation. This new technology was highly appreciated by both patient as well as surgeon. To further disseminate the SpectoVR based 3D-glasses, the University Hospital decided to equip two rooms with multiple SpectoVR stations each. In total about six stations will be set up and connected to the hospital information system.