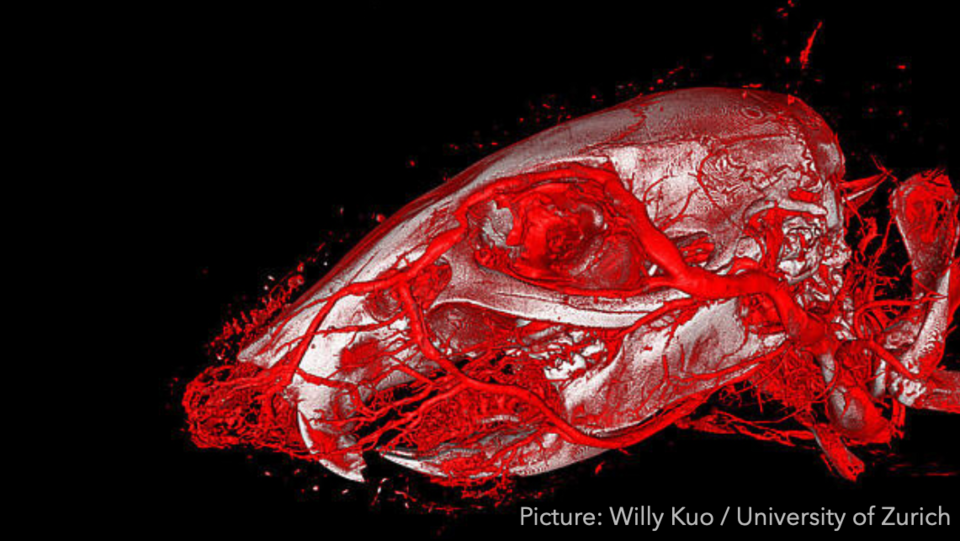 In the framework of the SNSF-funded project HR-Kidney - High Resolution 3D Functional Anatomy Database of the Kidney (153523), Bert Müller (Biomaterials Science Center) and his colleagues from the University of Zurich have developed the X-ray contrast agent «XlinCA», which enables the smallest blood vessels to be visualized much more precisely than before using computed tomography.

As described in their paper in Chemical Communications 44, 2020, the contrast agents used so far are added to hardening plastic resins before they are injected into the blood vessels of euthanized animals. It is challenging to completely fill the capillaries in various organs with the viscous resins. "Without years of experience in injection, the capillaries are often only partially filled. As a result, up to a quarter of the animals is lost," says Willy Kuo, former PhD-student in the common project and now post-doctoral researcher at the Physiological Institute in Zurich. As a polymeric contrast agent, XlinCA allows for substantially easier use and the analysis of the vasculature of all organs of the animal. Therefore, the number of animals required can be reduced by up to 25 percent compared to previously used contrast agents. In addition, the variance in multi-organ correlation studies can be significantly reduced.