Philippe Cattin was born in Switzerland in 1967. He received his B.Sc. degree from the University of Applied Science in Brugg/Windisch in 1991. In 1995 he received the M.Sc. degree*in *computer science and in 2003 the Ph.D. degree in robotics from ETH Zurich, Switzerland. From 2003 to 2007 he was a Postdoctoral Fellow with the Computer Vision Laboratory at ETH Zurich. In 2007 he became an Assistant Professor at the University of Basel and was promoted to Associate Professor in 2015. He is the founder of the Medical Image Analysis Center at the Medical Faculty of the University of Basel. He is currently the head of the recently founded Department of Biomedical Engineering at the University of Basel. His research interests include medical image analysis, image-guided therapy and robotics-guided laser osteotomy. As a Principal Investigator he has finished many projects in these areas and published over 100 papers, patents and book chapter. 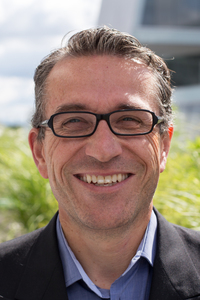