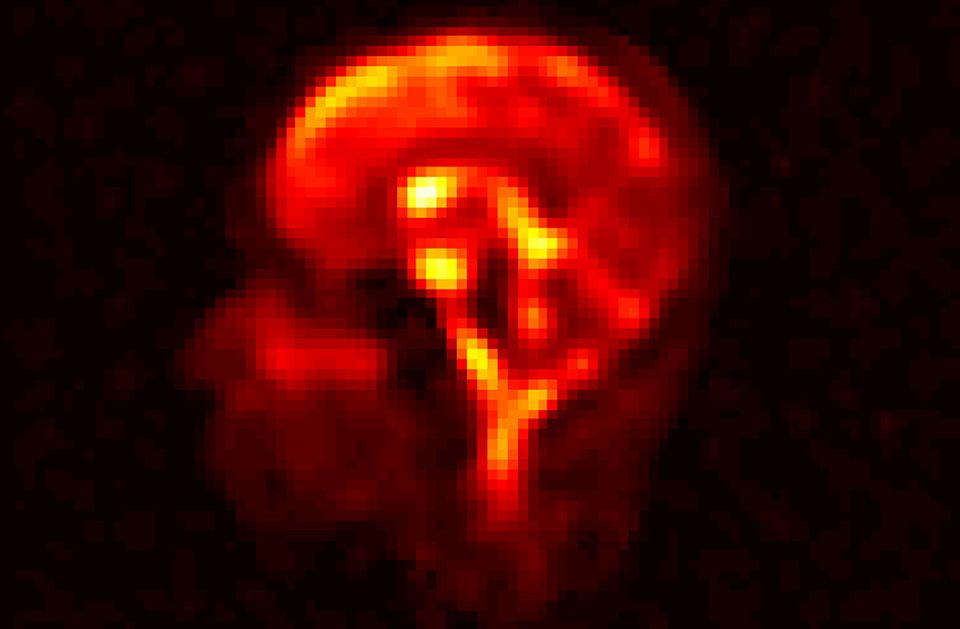 What a coincidence! Protons are the most sensitive nuclei for nuclear magnetic resonance (NMR) and the human body is mainly water and thus protons. It is as nature wanted to make us a present. But what about other nuclei, e.g. sodium? Imaging of sodium is also possible but at the expense of resolution to compensate partly for the lower NMR signal but most tremendously for the lower concentration in the human body. As a result, pixels in sodium images have centimeters rather than sub-millimeter to millimeter as for conventional proton MRI. Sodium and other NMR-sensitive nuclei (termed X-nuclei) are thus commonly not used in clinical routine and the vast majority of the commercial scanners that have their sitting in the hospital do not have the hardware to capture the NMR signal from X-nuclei. Especially with the development of ultra-high field (MRI) systems, however, X-nuclei MRI has regained interest.

Our 3T system (Siemens Magnetom Prisma) has the required broadband option and we have the necessary coils to perform sodium imaging, as well as phosphorus spectroscopy.